A recent article published at The Guardian sees past the current migration crisis (issues that have brought Eritrea into the headlines) and goes back in time. Back to the time Eritreans experimented with speaking-up, to a time where some mistakenly believed there were alternatives to fleeing the country at any cost.

The article remarks imprisoned Eritrean journalists “forgotten”. It honors six of the at least 23 disappeared journalists with a brief biography leading to their arrest. The full article written by PEN Eritrea can be found here. 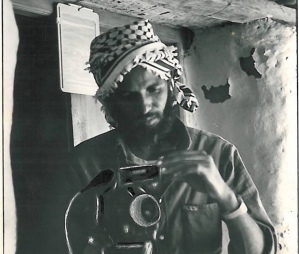 Medhanie Haile. Editor of Kestedemena (a private newspaper) and a lawyer. Disappeared by government in 2001. Photograph: PEN Eritrea 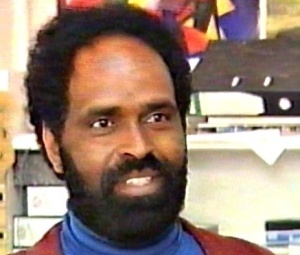 Love for our enemies may compel us to downplay their abuse, but love for the victims should compel us not to.

“Forgiveness does not mean ignoring what has been done or putting a false label on an evil act. It means, rather, that the evil act no longer remains as a barrier to the relationship.”

“We must recognize that the evil deed of the enemy-neighbor, the thing that hurts, never quite expresses all that he is. An element of goodness may be found even in our worst enemy.“

“Dr. E. Franklin Fraizer, in an interesting essay entitled ‘the Pathology of Race Prejudice,’ included several examples of white persons who were normal, amiable, and congenial in their day-to-day relationships with other white persons but when they were challenged to think of Negroes as equals or even to discuss the question of racial injustice, they reacted with unbelievable irrationality and an abnormal unbalance. This happens when hate lingers in our minds…”

I find the writings of Dr King useful in explaining how to love our enemy-neighbours (i.e. government supporters). 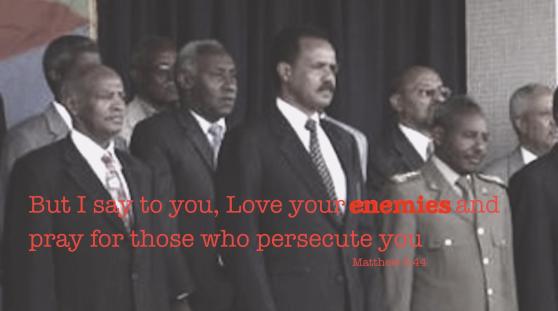 They are enemies. (Eritrean president Issaias Afewerki and high-ranking officials)

When a government in ancient Persia decided to put an end to a religion it deemed hostile to the nation (Book of Esther), Mordecai went into great mourning. Mordecai believes in God and it was this faith that fueled the campaign against him and his fellow Jews in the first place. He had refused to bow down to a government official citing religion as his reason.

Mordecai didn’t find his faith in an able God conflicting with the idea of involving in a political solution. On the contrary, his faith gave him the confidence and the courage to make a dangerous political move. He messages his cousin Esther (who happens to be a Queen) and asks her to go before the King and plead for her people. He encourages the Queen who is about to risk her life by approaching the King without first being called, “For if you remain completely silent at this time, relief and deliverance will arise for the Jews from another place, but you and your father’s house will perish.” He continues, “Yet who knows whether you have come to the kingdom for such a time as this?“1.

In many ways, the Eritrean Church is in a similar place. Its government is out to eradicate the religions they deem hostile to their rule. Eritrean churches and individual Christians, particularly those in the diaspora, are in a situation very similar to that of Queen Esther. Mordecai’s message is relevant today: For Eritrean Christians to remain completely silent at a time like this is unacceptable! …Yet who knows whether you have come to such a position for such a time as this?

The complete silence of Eritrean Churches to officially acknowledge the oppression in Eritrea, and their reluctance to encourage the faithful to involve in political solutions is strange. I have shared my views on this topic in an earlier article:

Mute and without opinion: The Eritrean Churchs

“The church must be the guide and the critic of the State and never its tool.” writes Dr Martin Luther King Jr, outraged by the silence of many American churches on the racial injustice of his time. The church, or any religious institution for that matter, should not hope to earn favours or avert scorn from government by such means as self-censoring on issues that the government labels “politics”. Especially not when the issues are well within the domain of the church’s teachings. Dr King continues and warns that unless the church recaptures its position in society as a guide and critic of the state “…it will become an irrelevant social club without moral or spiritual authority.” [Open the full article] 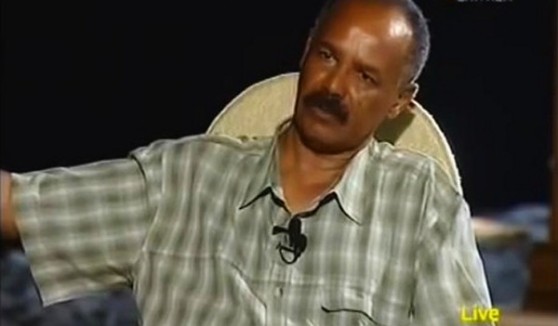 2.  They too have their story–Desiderata

END_OF_DOCUMENT_TOKEN_TO_BE_REPLACED

A monthly underground newsletter from inside Eritrea has it’s second issue. Republic, written in Tigrinya language, is critical of the government. Criticizing the government or it’s policies is a crime in Eritrea.
You can download this new issue from here (Repuplic_Eritrea_Vol2).

real #Eritrea spirit of resistance & defiance is reviving after all these yrs. we are not hopeless now #KeepingHopeAlive

A monthly newsletter being published inside Eritrea. An exiled Eritrean journalist shared the news on tweeter:

I got an anonymous email today. Someone in #Eritrea prepared this #Samizdat style newsletter. Content challenges Gov. http://t.co/MibvLTxUhj

An update about the campaign to show solidarity with persecuted Jehovah’s Witnesses in Eritrea:

“Open your mouth for the mute, for the rights of all who are destitute.” (Proverbs 31:8)

By making a public pledge of solidarity with the persecuted, you have opened your mouth for the mute–for the rights of the destitute.

Throughout the month of September (the 20 year anniversary of the imprisonment of  first Jehovah’s Witnesses) 239 Eritreans have signed the pledge acknowledging the inhuman treatment of Jehovah’s Witnesses by the Eritrean government and expressing their solidarity with the victims.

This pledge will have informed many, and reminded others, about the suffering of people back home and the level of human rights abuses in Eritrea.

Hopefully this pledge will encourage many to take a firm stand against human rights abuses and stir their hearts to do something about it. END_OF_DOCUMENT_TOKEN_TO_BE_REPLACED

Dr. Maximilian Forte (an Associate Professor of Anthropology at Concordia University, Canada) has recently been aggressively defending an on-line article that accuses 12 distinguished scholars of research misconduct and conspiracy against a Nation. Following is a response by the accused 12 in defense of their work regarding Eritrea.

Academic Research, Intelligence Gathering, and Character Assassination: Is It the Same Everywhere?

We are among an international group of researchers – social scientists, historians, legal scholars and journalists – with decades of experience working on the Horn of Africa country of Eritrea and/or the Eritrean diaspora. We are citizens and/or residents of many countries: Eritrea, Canada, the US, Switzerland, the Netherlands, Norway, Italy, Germany, and the UK. While our perspectives and orientations differ, our research foci have largely converged around the critical interpretation of patterns of political intolerance precipitated by a militarized, authoritarian regime in power since 1991. Because of these patterns of intolerance we have all been targeted to varying degrees by the regime and its supporters – and sometimes its opponents as well. Some of us have been threatened physically and/or prevented from returning to Eritrea. Many of us have endured repeated attacks on our personal and professional integrity and efforts to discredit our research findings by suggesting that we are working as agents of foreign governments and/or intelligence agencies. In some cases information about our backgrounds and funding sources has been misrepresented to support conspiracy theories about our “real” motives or identities. Such dynamics are not unusual. In countries around the world – especially highly militarized ones, whether of the left, right, or neoliberal variety – researchers have faced similar efforts to discredit, silence, intimidate and curtail freedom of thought, information, and conscience. END_OF_DOCUMENT_TOKEN_TO_BE_REPLACED

“This article outlines and denounces the work of US anthropologists in Eritrea in US-funded campaigns backing political opposition in the country. The author of the piece [Sophia Tesfamariam] is a prominent Eritrean American activist. Those involved in the AAA [American Anthropological Association] should have a close look and perhaps consider further action.“

He later posted an essay at ZeroAnthropology.net explaining why he considers her work very important:

Dr Maximilian Forte is an Associate Professor of Anthropology at Concordia University, Canada.

Given these circumstances, I decided on a quick read of Sophia Tesfamariam’s publication. In her most recent post, Sophia uncovers information on the identity of funding agencies that support the work of several Western scholars that write on Eritrea. To the readers’ surprise she discovered that Western agencies are the major funding sources of Western scholars. Previously this information was only available by accessing the scholars’ academic CV or LinkedIn profile.

As a matter of principle I do not engage with government sympathizers. I believe that anyone unable to comprehend the suffering of Eritrean people until now probably does not deserve my time.

An exception to the rule, I decided to confront Dr Forte. Following is the “correspondence” that ensued in the comment section of his ZeroAnthropology.net posting and continued on Zero Anthropology Facebook page (switched to Facebook after my last comment on the website did not appear): END_OF_DOCUMENT_TOKEN_TO_BE_REPLACED

It’s not the official mascot but the shipping container aptly represents Eritrea in the memory of many of my countrymen. The Eritrean regime holds prisoners in shipping containers under inhumane conditions (read her story).

Visit my Pinterest page to see more of my dissident expressions.