A monthly newsletter being published inside Eritrea. An exiled Eritrean journalist shared the news on tweeter:

I got an anonymous email today. Someone in #Eritrea prepared this #Samizdat style newsletter. Content challenges Gov. http://t.co/MibvLTxUhj 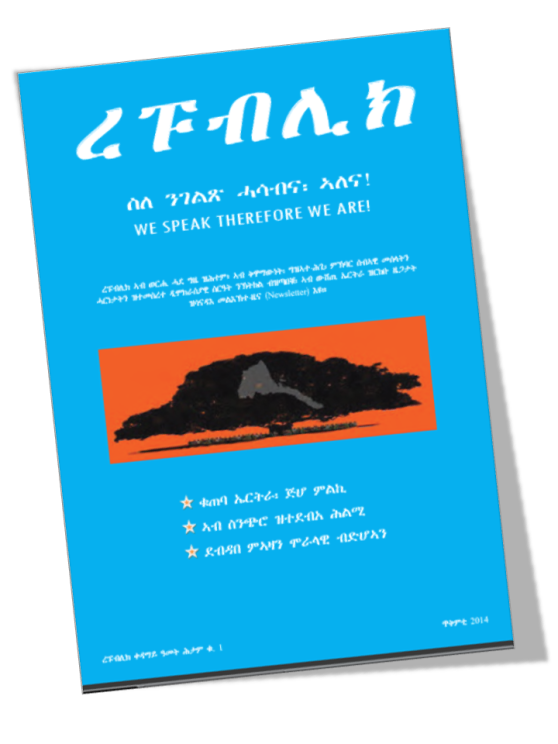 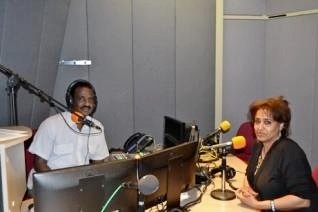 In a recent interview with Australian SBS radio,Sophia Tesfamariam introduced herself as the Director of US foundation for the Horn of Africa, a non governmental organization based in the US. But if you are curious about her political affiliation, I strongly suggest a visit to her personal blog (at stesfamariam.com) and search for “pedophile“. Read a couple of paragraph of the search result for an insight on the Director’s opinions about those of us not very enthusiastic about Eritrean government.

In my recent article titled “the Authorized version of events” I had given examples of  typical Eritrean government responses to events in Eritrea. In that regard, Sophia Tesfamariam was not a disappointment. 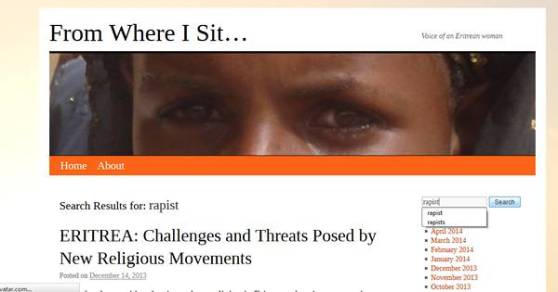 Ms Sophia Tesfamariam is an unofficial-official representative of the Eritrean government. Asked if she came to Australia on official capacity representing the Eritrean government, she explained… It happens she’s been declining invitations by the Australian-Eritrean community year after year, this time she could make it so she’s here. The program host seemed satisfied with her response. He did not press the issue further.

Even though she’s not officially a government representative, she carries her self as such.

Eritrean government structure is better understood by treating it like an urban gang structure. There are no official guidelines or official posts but every body in the gang (and the neighborhood) knows everything. Everyone knows who calls the shots, who does what, who is whose rival, what actions have what consequences…–very much like Eritrean society.

The news is still developing means  a lot of contradicting news and opinions are emerging all over the internet. According to an Eritrean opposition radio Assenna, Eritrean army led by military generals has controlled the Ministry of Information, the Airport, the National Bank and the Presidential palace possibly placing the President under arrest. Others like the New York Times say the ‘coup’ may have failed already. The Al Jazeera Arabic report even tells of the assassination of the leaders of this coup by snipers.

This news has all my Eritrean friends (self included) excited and eager for more news. So far I was unable to access prominent Eritrean opposition web pages, most likely they crashed due to high traffic.

What is it about this news that makes it specially personal in the hearts of many Eritreans?

What would it mean if this coup indeed succeeds and the dictatorship of 22 years ousted? What is it about this news that makes it personal in the hearts of many Eritreans? We know what it will not mean. A change in government may not mean an automatic democracy, it may not mean immediate social or economic reform, it certainly will not bring back our loved ones who have fallen victims to the dictatorship. But it is not healthy to focus just on what the fall of PFDJ does not mean. I want to talk about what the fall of this regime would mean and why this news has a deep and personal meaning to many Eritreans.

To many, the fall of the dictatorship  means a chance to meet their fathers or their sons and daughters who have been in prisons and labour camps for years now. To many it would mean a chance–a hope to have their beloved husbands back.

To Ms. Bisirat the fall of PFDJ would mean she may finally get a chance to hug her sister Aster Yohannes one more time. To the young daughter of Fr Tekleab Menghisteab the fall of the government would mean that she will finally get to know what it feels like to have a father at home. To the many persecuted Churches it will mean that they will finally congregate in buildings and their choirs actually sing.

To that young girl  interviewed by Al Jazeera on 2009 it probably means she will no longer have to describe her life as, “We’re always getting bad things here. Bad life.”  She may never again have to say the heart breaking words, “I want to live in London … until I’m dead.”

These and multitude of similar stories are what I believe give  talk of a regime change in Eritrea  such a personal and deep meaning in the hearts of many.